This year has been by far the earliest and hottest summer Bangalore has experienced, with max temperature reaching 34 to 36 deg C . The light showers which come every year around Shivaratri were markedly absent this year. By the end of feb, namma bengaluru was resembling the Macbeth witches' cauldron. And, why not? After all, this is the first year after the massive tree felling in the city. Trees have been cut near Race course road, for road widening; in front of the insti for road widening and a crazy underpass; and almost everywhere in the city for the elusive Metro. It is but natural that Nature retaliates. We shall face the brunt of this thoughtless act. Next year might be worse. At this rate of indiscriminate and thoughtless tree chopping, the 'Garden City' might be a thing of the past :( 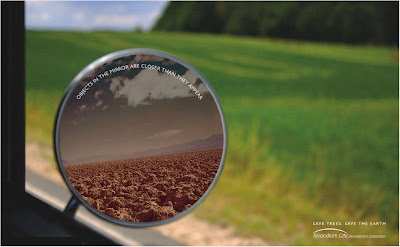 Have been Happy, Sleepy, Dopey, Bashful and Sneezy this month. Am Grumpy today. When do I get to be Doc?? :)
Posted by Bastet at 11:57 AM No comments: