It was meet that we should make merry, and be glad: for this thy brother was dead, and is alive again; and was lost, and is found. - Luke 15:32

He was her favourite child. Though she had two daughters, this son was the apple of her eye. He was forever wayward. Always out to seek women and adventure, coming home occasionally. But whenever he did come home, she would forgive all his mistakes, probably give him a gentle chiding, and shower him with love and care.

He had been gone a long while, this time around. She awaited his arrival daily, looking towards the door at every smallest sound. She remembered him at all meal times, eyes misting over. She wondered wherever that he was, whether he was eating well. Her daughters and husband told her that this time he might not come back. She refused to believe them. But, as the days passed, unwillingly, she had to accept it. Maybe he wouldn't return this time. Maybe he had found some other place to stay... or maybe he had.... She shuddered at the latter thought and hoped he was safe wherever he was. Slowly, she stopped anticipating his return. When one day, suddenly.... "Meow! Meow! Meow!" Her face broke into a million dollar smile, as she ran to open the door. The Prodigal son had returned!! :) 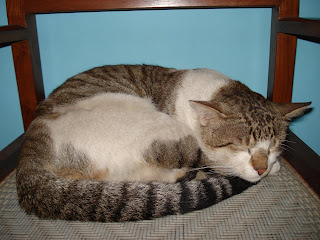 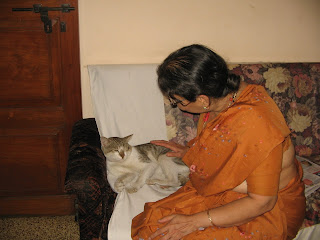 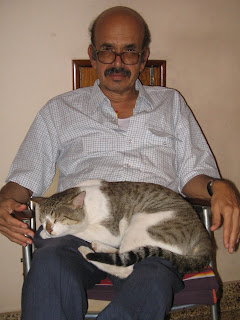 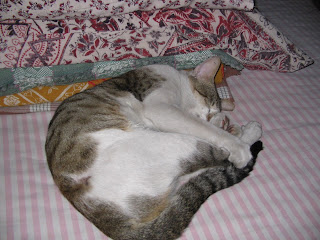 Billu Clinton is back!!

Didn't think I would be this happy that billu returned!
The return of the triumphant SON is a mother's proudest moment :P

I was blissfully unaware that he was missing. Glad to know he came back home :) I'll come around sometime and give him a nice cuddle session!! Have been missing the company of a pet :(